The work HA[SOFT]RD, sound sculpture is installed in mima’s garden. Scan the QR code (quick response code) with a smartphone or visit mima reception to pick up a hand-held radio to experience the soundscape when walking round and through the sculpture.

My starting point was to explore, visit and research this great region, its people, rich landscape, industrial roots and pioneering heritage in iron and steel making.

Through a series of workshops and events, I interviewed a wide range of people from Teesside, gathering and recording their stories and memories of living and working in the area including their hopes and dreams for the future, alongside sound recordings from local industry and heritage sites.

HA[SOFT]RD stands tall like a machined jewel using industrial parts and materials that reflect the town’s local economy and recent business growth. The honeycomb porcelain filters used widely in local industry float within a bespoke steel mesh which makes up the body of the work, perfectly framed within a strong steel structure.

The work is a tribute to the town’s industrial roots and the local community who proudly refer to themselves as ‘Smoggies’, a nickname for people from Teesside that was coined due to the industrial nature of the area. It was first used as a derogatory term, but now many people proudly call themselves Smoggies, including supporters of Middlesbrough FC and local MP Tom Blenkinsop, who used it in a parliamentary speech in 2011.

As part of the residency I interviewed and worked with staff at William Lane Foundry which has been casting on Teesside for one hundred and fifty years.

The wall based work titled William’s Jewel in café mima uses the waste material produced by William Lane Foundry. The naturally occurring splashes and overspills are the result of the bespoke metalwork casting process which William Lane has perfected. The piece celebrates the manufacturing industry in Middlesbrough.

The work references the hexagonal shapes within the HA[SOFT]RD sculpture currently on display in the mima garden and is also now in the mima collection. 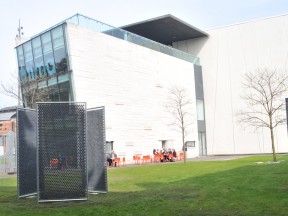 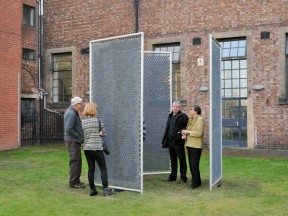 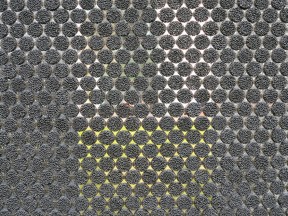 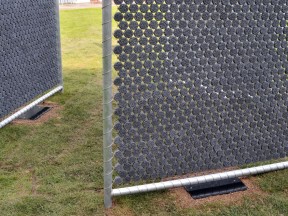 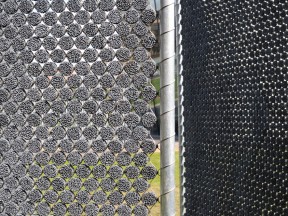 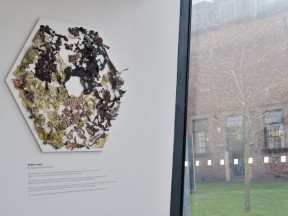 ‘Making Beauty’ (working title) is a collaboration to create a series of artworks in new materials. I’m working in partnership with Dr Richard Day and Professor Alastair Forbes and their colleagues at University College Hospital, London and University of East Anglia, Norwich. The project is a creative response to pioneering therapeutic device developments for regenerative therapy in the context of nutrition and health, and includes the aim of encouraging audiences to consider and examine the ethics of medical research. The projects compliments and extends my continuing interest in the application of unusual materials for art works.

“Making Beauty” is being developed with funding from The Wellcome Trust with curatorial support from Gill Headly and advice from Mark Segal, both also acting as critical friends.”

I will respond to Day and Forbes’ translational, interdisciplinary research applying regenerative medicine to bowel function. I’m really pleased at how the scientists have been intrigued by my work, with a particular interest in works that shock and can be responsible for reflex/knee-jerk rejection. Encouraging patients to dwell on some of my themes has already generated interesting discussions that have surprised both the patients and their doctors, and has already led to new approaches to aspects of their medical management, as well as being fascinating in their own right.

Dr Day is developing innovative therapeutic devices including microsphere-based scaffold and drug encapsulation/delivery technology. This encompasses a ‘bench to bedside’ and ‘bedside to bench’ approach with feedback from clinical staff and patients at an early stage and is part of the UCL Grand Challenge of Human Wellbeing. I will have access to and information about materials: from biological and synthetic scaffolds (decellularized cadaver organs and polyesters) to disposable plastic laboratory ‘consumables’. Of particular interest to me is the current investigation into composite biological scaffolds to replace oesophageal tissue removed for clinical reasons. This includes preparing natural materials, such as porcine small intestine, by different processes and combining with synthetic polymers. I’m very much looking forward to testing the viability of bioactive glass as a sculptural medium.